The old “MR DUCKS – MR NOT” joke has just taken on new meaning for me. Over the winter break, I kept an eye on rare bird alerts, hoping that one would pop up in my neck of the woods. I went to a nature center looking for a red-headed woodpecker, to a local pond in search of a snow goose, and a new location – a recently redeveloped lake-filled quarry – hoping to see an out-of-season orange-crowned warbler. None of the hoped-for rarities appeared.

But at the last site, I was watching the flocks of Canada geese taking off and landing when I noticed smaller waterfowl scattered among them. Whether these were rare, I had no clue. All I really knew for sure was – as they say – MR DUCKS.

While I have learned over the years to identify many birds, there are gaping holes in my waterfowl knowledge. Never having lived nor spent significant time near freshwater or marine habitats, I had less impetus to learn to identify their residents than the ones in my own backyard.  Other than the mallards that I raised and released on our small farm pond as a kid, and the ubiquitous Canada geese, I really don’t know waterfowl. 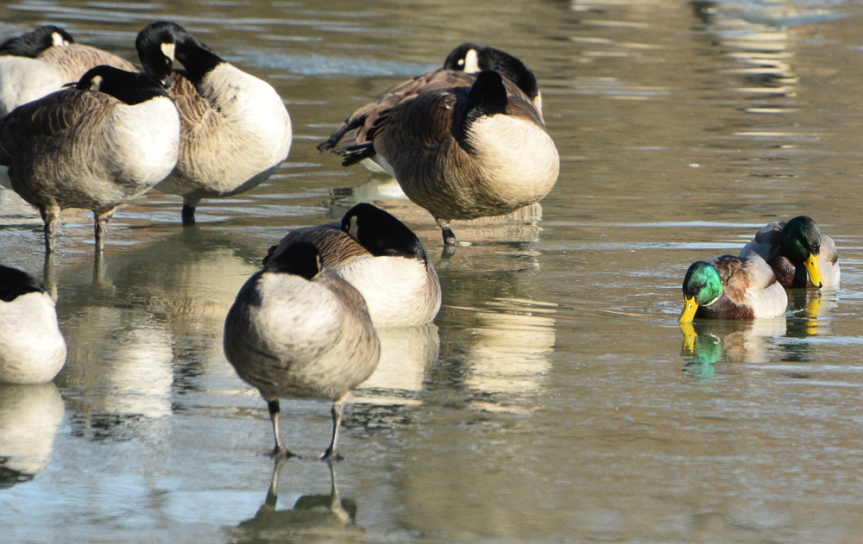 But now, staring out at all these unfamiliar birds in a place almost in my backyard, I felt a challenge rising.  2018: Year of the duck.

For me, close and persistent observation – preferably accompanied by photography, so that I can study images in depth – is the key to really learning species. On my first excursion to the quarry, distinguishing different species was mostly a matter of playing the “One of these things is not like the others” game. In a flock of hundreds, could I discern through binoculars who was different from anyone else? 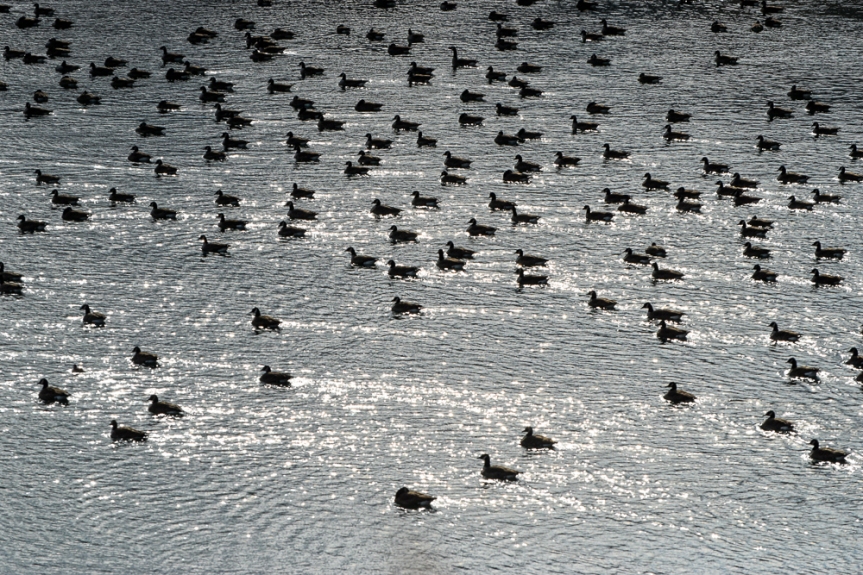 Some were divers, some dabblers. Markings were clearly different, but were these due to sex? Age? I photographed lots of birds, hoping the images would help reveal identities. 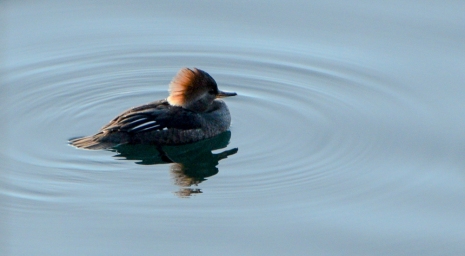 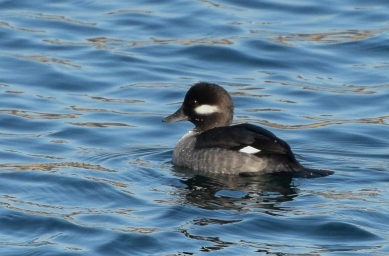 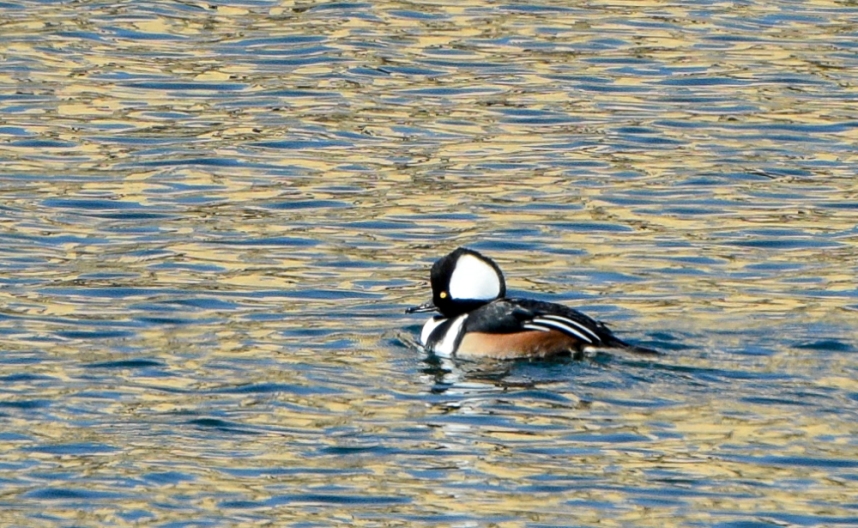 Back at home, a field guide helped me sort out the various species: bufflehead, hooded merganser, ruddy, ring-necked and redhead ducks.  The next day, I went back. This time, armed with clear search images, I was able to quickly spot and identify all of the same species. The mergansers, tufted hoods prominent, swam and dove in male-female pairs, while the buffleheads dove, popped up, and joined small groupings of other ducks. The ruddy duck bobbed about among the geese like a tiny bathtub toy, head tucked under its wing. 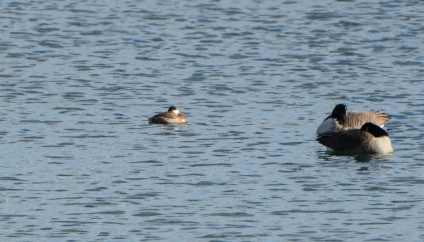 The birds observed me from a safe distance, moving away whenever I tried to get a closer vantage point, diving and never reappearing where I expected them to be.

Maybe as they grow accustomed to seeing me, I will become less of a threat. While some birders aim to spot as many species as they can in a year, I am hoping simply to move my knowledge beyond MR DUCKS – MR NOT. The challenge is on. 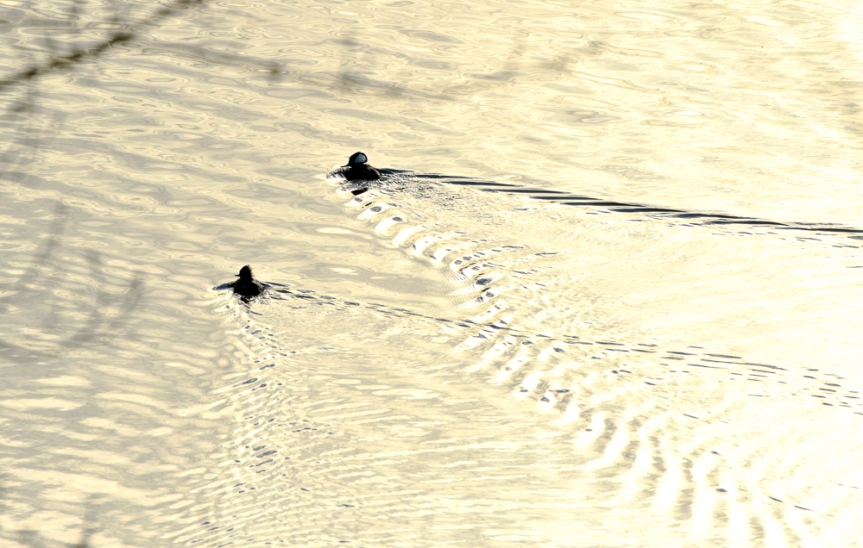 One thought on “Ducks” 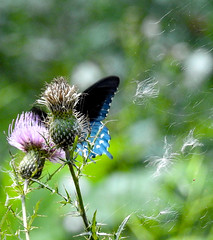 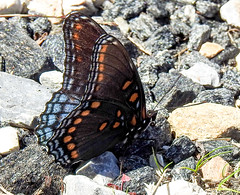 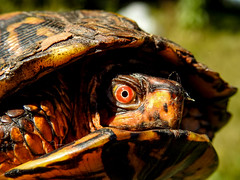 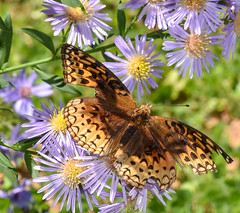 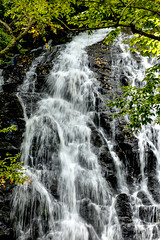 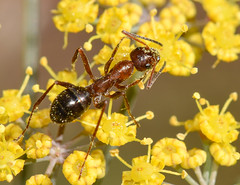 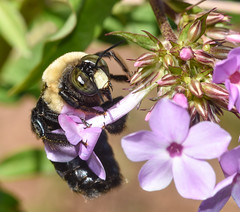 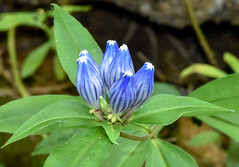 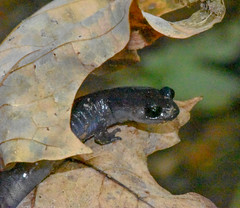 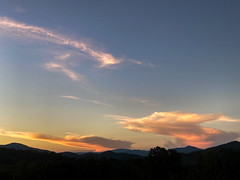