At 11:28 AM on December 21, a long shadow fell across the frozen surface of a shallow pool. Solst…ice. 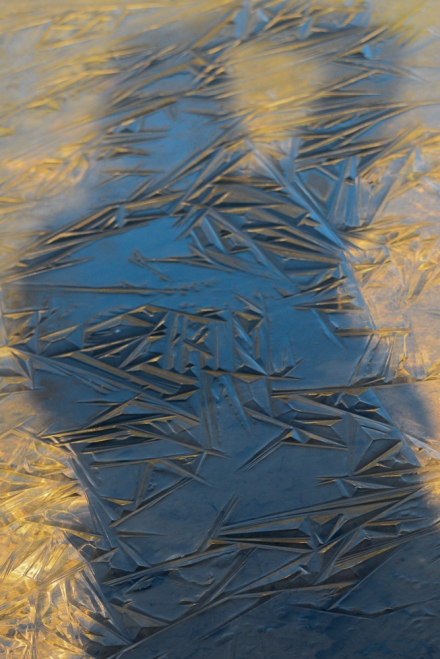 There is a magical quality to ice, its translucence and shimmer immediately attracting kids who then, of course, need to slide and jump on it, shatter and collect bits of it.

Ice captures and preserves pieces of the past, brings death to some things and new life to others. In the Jemicy stream, frogs, salamanders and aquatic invertebrates wait out winter in the mud below, though sometimes we find them tucked under a log or in a shallow hole, seemingly frozen solid, one with the ice.

In my solstice shadow today, I spied movement. There were a few tadpoles wiggling sluggishly in the mud, but other creatures were swimming about just under the ice. A diving beetle made forays back and forth to a submerged log, while backswimmers scooted by near the surface. They slid along the underside of the ice, displaying their greenish ventral side, and then quickly dove away, startled by movement.

There were dozens of them active on a day when the air never got much above freezing, when the great blue heron kept one foot tucked near its warm belly as it ate lunch. 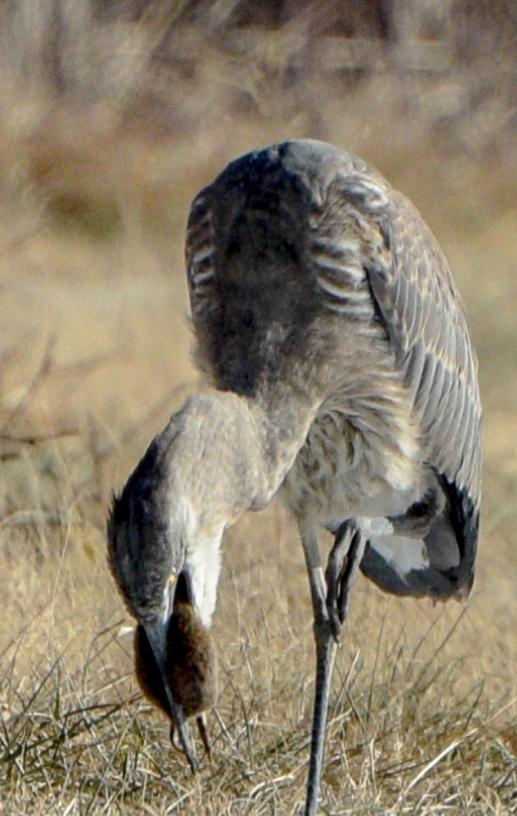 The cold wasn’t stopping the spiders either – they were hunting small flies along the bank. I wondered what the water temperature was, and how invertebrates could summon the energy to move at all, let alone actively forage there. 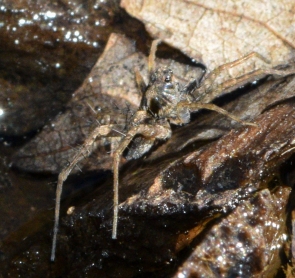 As Sol begins the long arc back up to summer solstice, I’m glad to see ice mark the beginning of winter.

For the past several weekends, sunshine and mild weather have lured me to the fields and forests of Irvine Nature Center. It has been a favorite haunt since the center moved to a state-donated expanse encompassing several hundred acres of former cropland, low-lying woods and wetlands. The land had been logged, drained, and cultivated over the past century for farming, then abandoned. 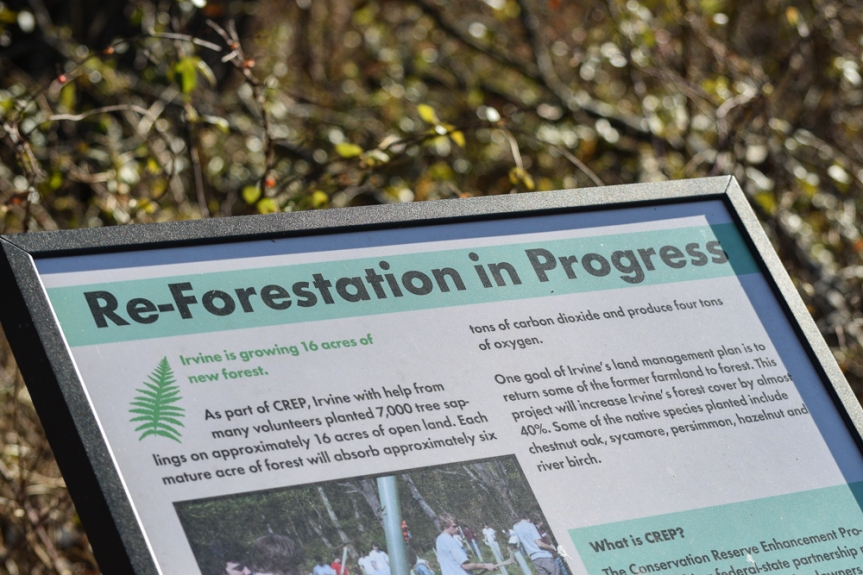 Every time I visit this site, I recall my first time there in 2001, volunteering with a group making preliminary baseline species counts prior to the planned nature center relocation. It was a sunny spring day, red-tailed hawks and turkey vultures circled overhead, and red-winged blackbirds made their raucous territorial displays. 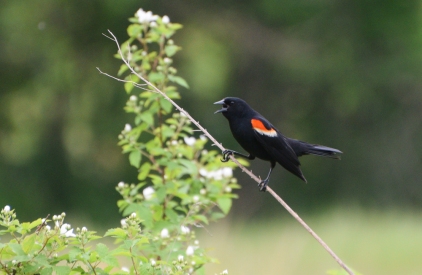 We walked for what seemed like miles through old corn fields, many overgrown with multiflora rose and bordered by drainage ditches. Species counts were low, reflecting the lack of habitat suitable for the butterflies, amphibians, and birds you’d expect to find in open, wet landscape like this. How, I wondered to myself, could this overworked, depauperate tract of land ever provide the rich diversity of living things central to a nature center’s mission?

Then, directly in front of us, a bird I didn’t recognize made a gliding pass across the field, its head lowered to spot small prey, its white rump visible as it banked and veered off at another angle. I was transfixed; it was my first time seeing a northern harrier. If this bird was hunting here, I thought, then there must be more to this place than I could see.

Harriers are still here, gliding serenely amid the ongoing and monumental endeavor that is the restoration of Irvine’s 210 acres to meadow, wetland and forest. Hillsides once dominated by corn are now carpeted in milkweed, coneflower, and other native wildflowers and grasses. Slow-moving water seeps into streams, trickles into pools, and soaks the soil for new stands of sycamore and red maple. During the summer, a green heron frequented the wetlands, and a solitary sandpiper made a stopover on its journey south. Numerous tree swallows hunted here during the summer as well, nesting in the houses and tree hollows available around the site. 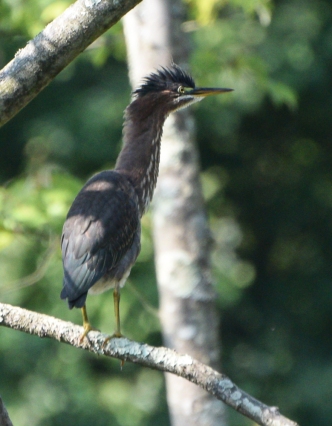 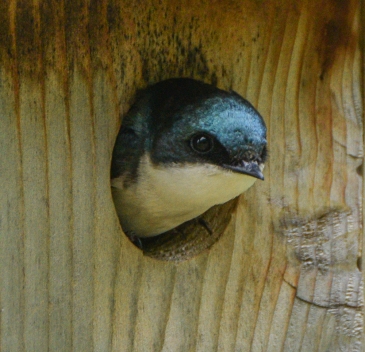 Now, even in the near-dormancy of early December, the place hums with expectation and the promise of abundant diverse organisms ready to make the most of new habitat opportunities. I paused by one of the pools, and my shadow caused several tadpoles to dart away from the sun-warmed water at the edge and bury themselves in the muddy bottom. It makes me impatient for spring, anticipating the wealth of amphibian life afforded by reestablishing a more natural flow of water through the landscape.

As I was passing by one of Irvine’s field edges last week, I was startled by a large bird lifting off just in front of me: a great blue heron. It landed not far away and appeared to ignore me as it peered intently into the brush. I sat and watched, wondering what it was hunting. Small rodents? Its stalking motion was barely detectable.

It flew off again making a low circuit, landed, and resumed its hunting, soon joined by another. It was the first time I could recall seeing great blue herons here. Maybe they, too, were reaping the benefits of the reconstructed hydrology.

One of my personal measures of a location’s biodiversity is the length of time that it keeps me in a kind of hunting reverie, my attention captured and held at every step by the life around me. In the early days of visiting Irvine, I might wander along the forest edges watching raptors sailing over the fields, then leave still feeling unsatisfied. Today, I am left more like the land itself: restored. 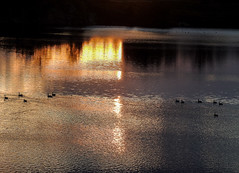 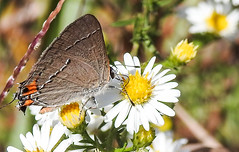 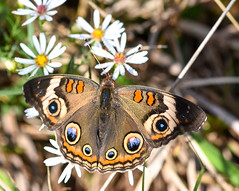 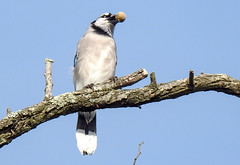 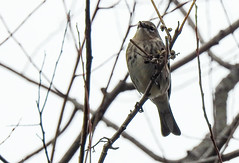 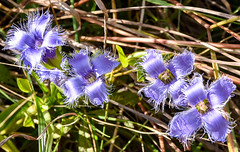 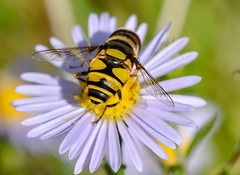 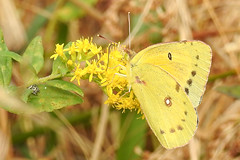 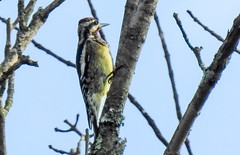 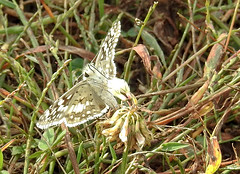