There are certain days in the year when the season changes instantly. Leaves may have gone gold or brown, but many are still hanging on – until that sudden, bitter gust that shreds them off the branches and sends them flying. The day where clouds rain ice and the sun rises late and vanishes far too early. It happens quickly, but it takes time for my senses to adapt. When the sun returns and a small shadow flits across my path, I look up anticipating a bird or butterfly, only to find another leaf sailing down. A certain shape at the edge of the pond meant “turtle!” a few weeks ago, but is now just a cold, wet rock.

We play a game in science to illustrate what animals do to prepare for this seasonal shift: “Migrate, hibernate, adapt.” With each round of this tag game, kids act out the response of a different animal to winter’s arrival. “Winter” chases them down, attempting to freeze creatures that are not hibernating, have not migrated south, or have not grown a warm, thick coat. This game takes on a more realistic urgency as temperatures drop.

But then there are the days that bring summer’s creatures back for one more round. Last week kids abandoned their jackets and were playing in the woods in 70 degree temperatures. A shadow that passed overhead didn’t float to the ground, but kept moving purposefully to a place where it could bask: a variegated fritillary. We watched it, noticing that instead of moving from flower to flower in search of nectar, the butterfly was seeking warmth in spots of full sun. I saw this behavior at home with a comma butterfly that would fly up from the same place on the ground every afternoon when I passed by with the dog. It always landed on a nearby tree and positioned itself for maximum solar gain against the deep angle of the sun.

On one of those warm days at school, one of the youngest boys came running from the sport court to find me. “There’s a weird-scary -cool bug on a ball. Can you come get it?” It was a leaf-footed bug, a species that feeds on plant juices and seeds. The adults can overwinter under mulch and weedy places, so this one was likely hunting for one more meal.

Bess (patent leather) beetles turned up in several forts, emerging from their preferred habitat under rotted logs. We passed them around, held them close to listen to their squeaking, and tucked them back into hiding.

Frogs and salamanders hadn’t been spotted in weeks and were likely already situated in their winter quarters. But on that last warm day, the “SNAKE!” call echoed once more through the woods, and I found a small crowd gathered around a garter snake warming itself in a bit of sunlight near the stream. “Shouldn’t it be hibernating now?” someone whispered. The snake eyed the warm-blooded creatures surrounding it and slowly, silently slid back into the shadows under the fallen leaves. “Good,” said the concerned one.  “I didn’t want winter to catch it.”

Maryland’s birds are on the move. While some have already headed south to Florida, Central and South America, others are moving in and establishing their winter residency at Jemicy. M Group welcomes both these new arrivals and those that are here year-round with several projects. Kids have researched birds and made paintings that will be transformed into magic binoculars -“Guaranteed to see a blue jay (chickadee, mourning dove, downy woodpecker, etc.) every time!”

They have also drawn and distributed window-collision deterrents around the school,

and launched the annual seed preference experiment. It seemed like the birds anticipated the grand opening. Within minutes of installing our sunflower/popcorn seed feeders, kids were shouting, “A goldfinch! A chickadee! A -a-a…mohawk-bird?” We keep a visual checklist posted on the science room door to mark off the birds we have spotted. Nine species so far this fall, not including the “imposter birds” with the bushy tails.

Kids note how bold the chickadees are, how they chatter and scold from a high perch before darting into the feeders, seeming to almost ignore us as they gather seeds. “Would they eat from my hand?” wonders one student. “I suppose it could happen,” I reply. “If you are still enough.”

In the last few minutes of the last class of the day on a Friday afternoon, the group is restless. They have collected and replaced seeds from their bird feeders, done some math to collate their data, and discussed the results so far.

“Can we go out and watch for birds?” they ask. Yes, good idea. I clean up the stray seeds off the floor and then follow them out the door, half-expecting to find kids “watching” birds from the playground.

Instead, I find this:

For two minutes – I timed it – the class stood perfectly still, bird seed cupped in their hands. The chickadees, tufted titmice, and house finches flitted around them, tantalizingly close. The bell rang signaling the end of class, the beginning of their weekend, and still they didn’t move. Finally, reluctantly, they scattered the seed on the ground and headed off to pack up their things. The last one to go announced that he was trying it at home and tucked his seeds into his pocket.

I love experiments where all outcomes are positive.

A regular fall activity of Jemicy’s youngest science classes employs a tub of hundreds of plastic animals and another of wooden blocks.  We start off with “zookeeper” activities, where kids can select and organize animals as they wish – this tells me a great deal about how kids think about animal groups, the taxonomic characteristics are significant to them, and which ecological relationships they may grasp. Can they distinguish between vertebrates and invertebrates? Herbivores and carnivores? Do they know that whales are mammals, and that penguins are birds? What do they have to teach me?

Once the kids have established some basic ground rules (i.e. “water animals here, jungle animals there”), narratives begin to unfold.  A zebra wanders into a pen of lions and other big cats; predation ensues. A family of sea turtles adopts a baby penguin and teaches it to swim. A horde of spiders is corralled and, when I ask if they can climb out, is magically covered with invisible webbing “so they feel at home.”

Also appearing for the first time this year was the theme of rescue technology. One JE student tried to get his giraffe to stand in its pen, but it kept falling, its wall collapsing on top of it.  “Oh no!” he called. “Giraffe down! Giraffe down!” He ran to another tub, this one containing Matchbox cars and other vehicles, and unearthed a helicopter.  “Here!  We’ll airlift him out!” The giraffe was rapidly rescued and moved to a safer location.

Suddenly, virally, all sorts of animals – zebras, rhinos, polar bears, centipedes – were falling ill and in need of medical transport. A large bat came flying through and hovered close by. The boy holding it explained, “This bat is a drone. The doctors send it out to look for sick animals.”

An animal enclosure was instantly transformed into an animal hospital with a heliport.

In another class, at the far end of all the activity, one girl worked steadily, quietly, constructing a large space with an open side. This, she told me, was “a place where animals are getting ready to go back into the wild.” It was another first in all these years of this activity: using the resources to allow animals not to be caged. The innovations that I witnessed this year made me realize, with hope, that our culture may be moving beyond the traditional function of zoos as human entertainment. Maybe, as Marc Bekoff’s essay on Harambe suggests, successive generations of zoos will be less about keeping and more about giving back. 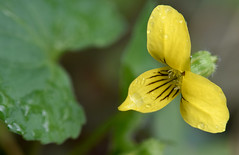 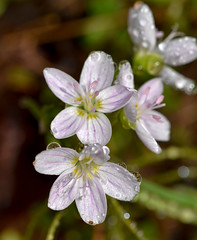 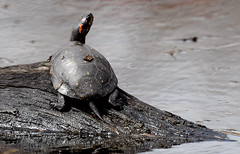 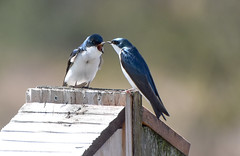 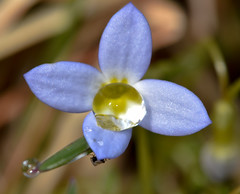 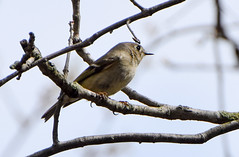 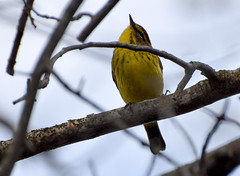