Last Thursday, the US Fulbright grantees in Wellington participated in a traditional Maori welcome ceremony, a powhiri.  Arriving at the Waiwhetu marae (gathering place), we were invited into the local community through a series of rituals involving singing, hongi (pressing noses), and speaking about homeland knowledge, values, and historical issues. We shared meals, conversation, and the same communal space for the night. In spite of some rudimentary instruction in a few basic Maori words and phrases, I was lost listening to the torrent of unfamiliar language that flowed throughout these two days.  However, two words kept resonating: whānau, and hapū.  As I understand these, whānau refers to family, including extended members, and hapū to one’s larger clan.  They featured in every story, every description of the elaborate carvings throughout the marae, every introduction, and every historical reference. They represent the lifeblood of the people who have lived in Aotearoa New Zealand for more than 700 years, and they are at the heart of any effort – political, social, educational, environmental –  to sustain their cultural identity. 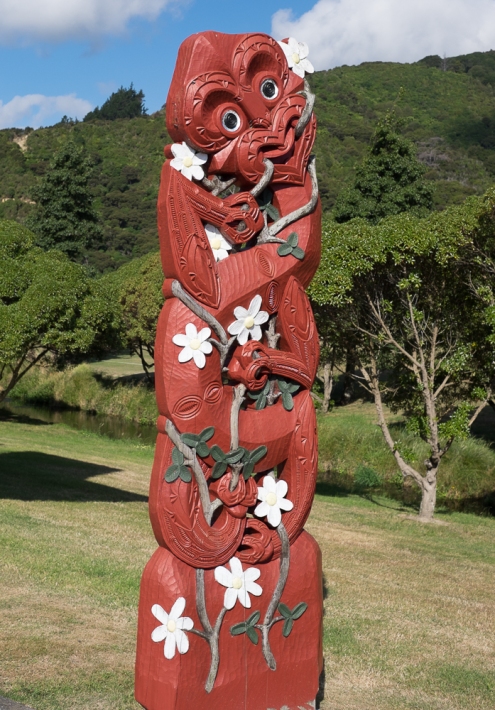 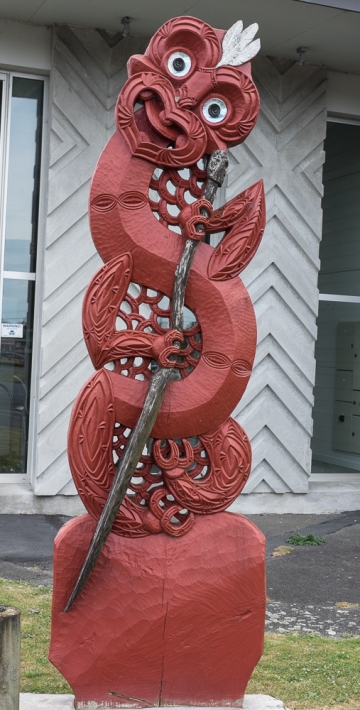 At one point during a discussion, a visitor asked about the Maori connection to nature, and the speaker responded, “The land – whenua – is everything.” I was struck by the similarity (to my ears, at least) of those two words for family and land.  In every ancestral tale that we heard, larger-than-life beings interacted with the natural world as if they were one and the same.  They were interwoven throughout the symbolic patterns of the marae’s carvings, the artwork that had been part of a touring exhibition (see header image of birds above), harakeke (flax) mats, and on the albatross feather decorations of the waka (war canoes).  The images on the walls above our beds had eyes of paua (abalone) that glowed with iridescent light, the fierceness of their expressions countered by the fine intricacy of the woven mats that separated them: “a relationship of balance,” as another of our presenters described it. 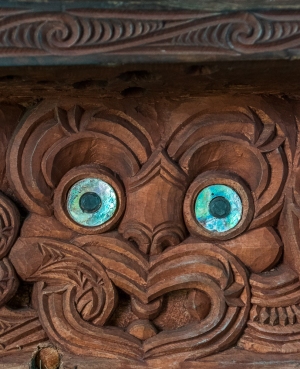 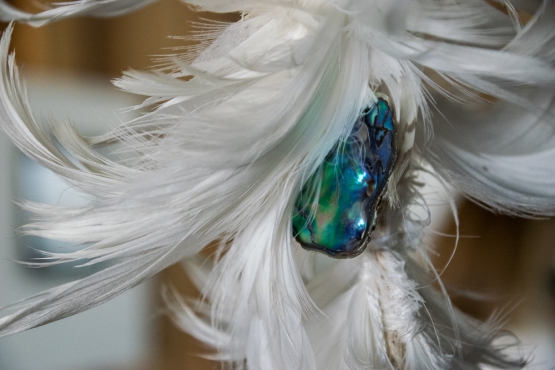 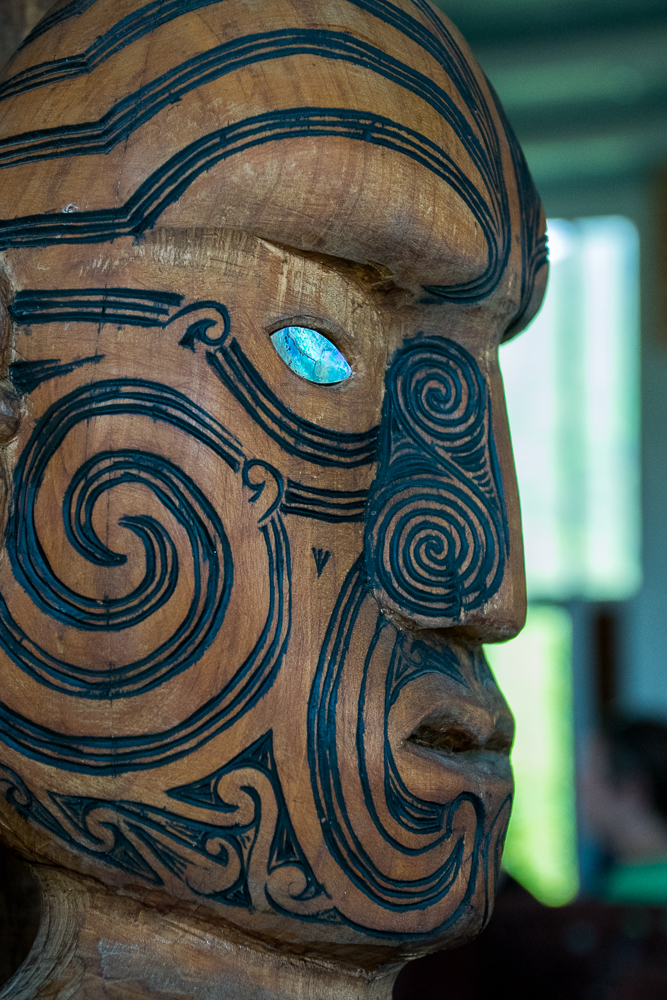 I came to New Zealand, and to the marae, with many questions about how Maori culture dealt with sustaining biodiversity in this land where they have fought so tenaciously to sustain a cultural identity. I still have those questions, but I am grateful now to also have a clearer sense of the community context that informs efforts to restore and maintain vital cultural elements. I was thinking about this as I once again walked around Zealandia, where every sign for a plant or animal gives its name in Maori, English, and Latin.  These represent three distinct communities and perspectives, and all three languages are crucial to ensure understanding, and that a particular species is regarded and managed in a holistic manner. 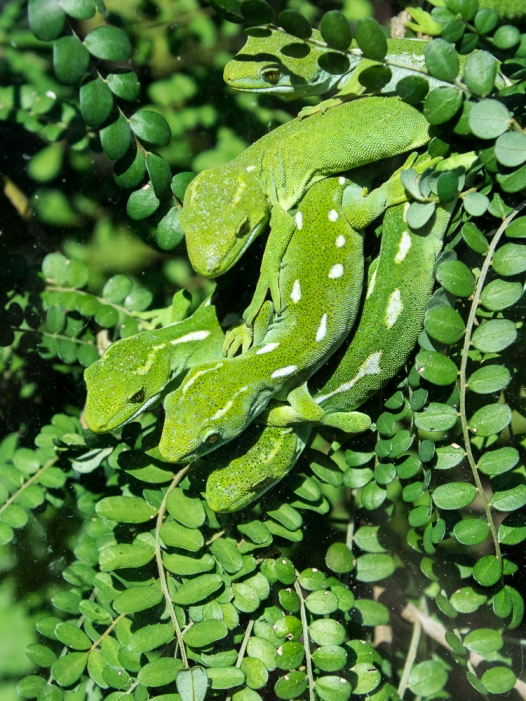 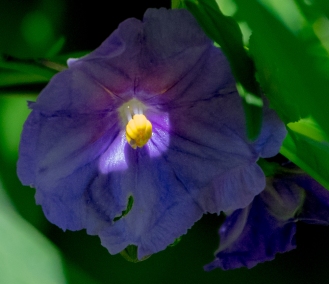 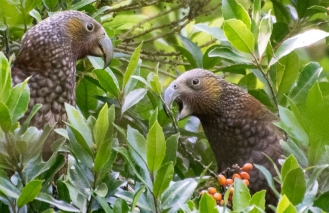 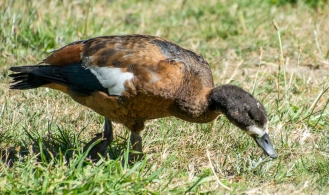 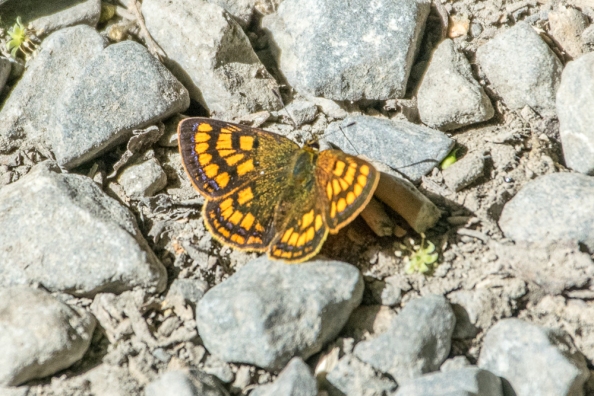 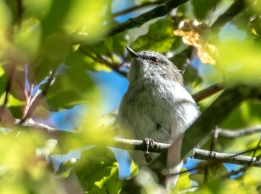 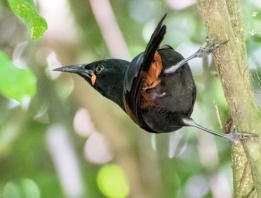 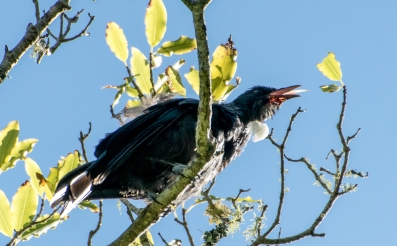 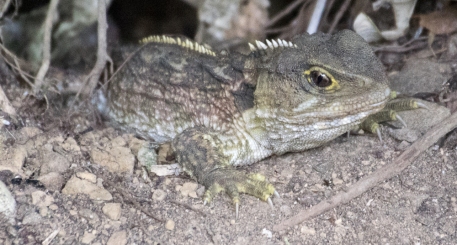 2 thoughts on “Welcome to the community”