Spring’s arrival heralds many joyous returns: migratory birds to their local nesting sites, kids to their favorite haunts in the woods, crayfish, amphibians and reptiles to the flowing stream, butterflies and bees to sources of pollen and nectar. 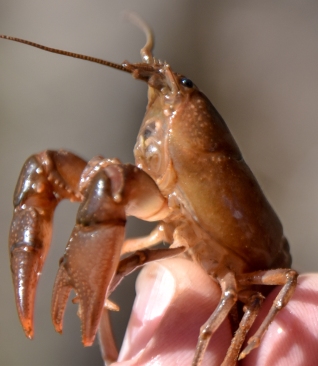 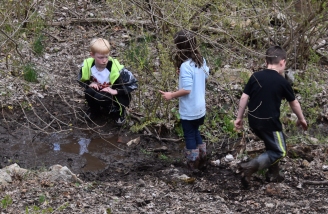 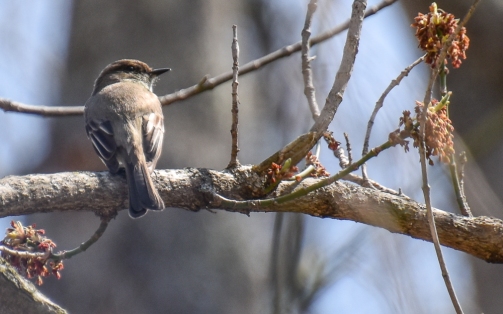 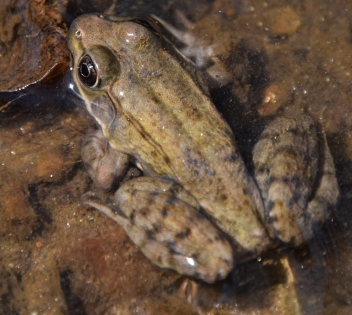 It also means – for better or worse – the return of parasites. It’s an age-old way of life, a survival strategy employing amazing feats of deception, stealth, straightforward attack and seemingly innocuous liaisons with unwitting hosts. Just the thought of parasites that target large, warm-blooded creatures – the ticks, leeches and lice that we can see; the worms, protozoa and mites that we can’t –  makes us shudder. Those that can deliver severe illness while feeding, like ticks, require hyper-vigilance, physical clothing barriers, chemical deterrents. They may not be out to get us specifically, but we serve their purpose.

Parasitism among other animal species, however, can take many forms beyond direct feeding on a host. Brown-headed cowbirds, a species originally of short grass plains and now found throughout Maryland, are notorious brood parasites.

They sneak into and lay their eggs in other smaller birds’ nests, letting the unwitting host parents raise their large, hungry, and dominant offspring. In mainland New Zealand, the shining cuckoo (riroriro) has similar behavior, targeting the tiny grey warbler as its host.

Certain plants demonstrate parasitism as well. The Maryland Native Plant Society has declared 2019 the Year of Parasitic Plants to highlight this often overlooked group and their survival strategies.  Included are plants such as Monotropa uniflora, commonly known as Indian or ghost pipes, that gain nutrients from attaching themselves indirectly to the roots of trees.  Lacking chlorophyll for photosynthesis, this species is hosted by mycorrhizal fungi that themselves derive food from tree roots (and aid the tree’s nutrient uptake in the process). 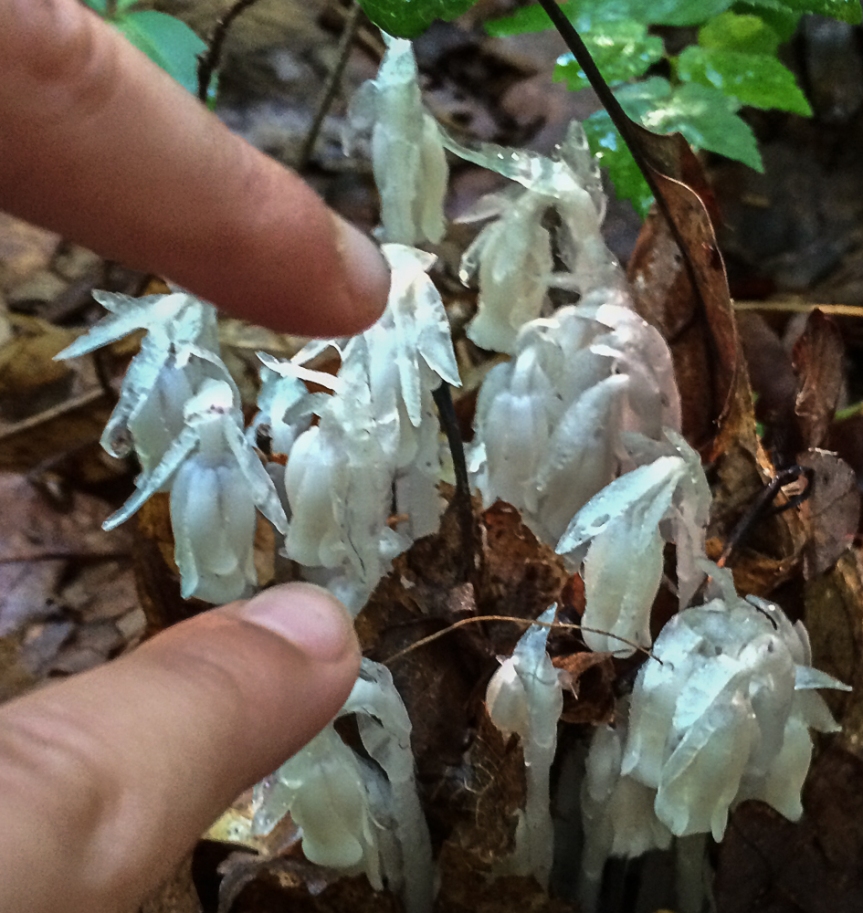 When Jemicy’s I Groupers take their annual trip to Echo Hill, they meet another variety of plant parasite that occurs widely in Maryland’s coastal plain. Walking on the boardwalk through the swamp, their guide will point out red maple trees that have not yet leafed out, but display large green masses in their branches. These are mistletoe, Phoradendron leucarpum, a parasitic plant that embeds itself in the living vascular tissues of a tree’s branches.

Parasites can themselves be a source of food for humans. I remember as a child staring in disgust at misshapen, discolored ears of corn in our garden that had contracted a smut fungus. This parasite could ruin a corn crop in short order. But the same fungus is prized as a traditional southwestern delicacy known as huitlacoche.

This week in the Jemicy woods, we came upon a most amazing parasite story. A student who was catching frogs with a net called out, “This one has something wrong with it!” As we examined the young green frog, we found that it had an extra hind leg jutting out from behind one of its two normal back legs. The extra leg didn’t move and seemed to impede the frog’s motion as we released it. What pathogen could have caused this? Was some chemical introduced into our stream that caused mutations? 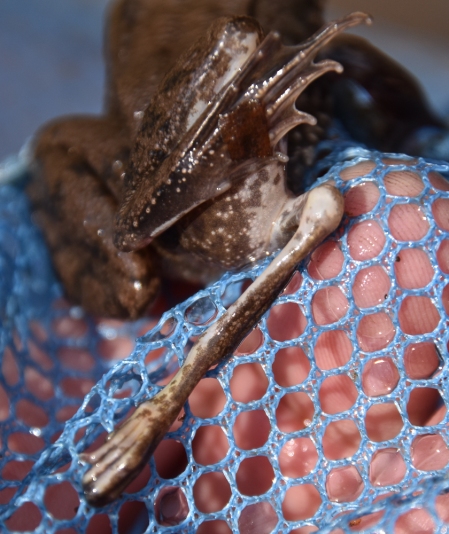 Searching for an answer to the mystery, this video popped up.

In some nearby wetland, the tadpole that became this frog was beset by a parasite that had been hosted by both a bird and a snail in other stages of its life, confounding the normal development of the frog’s limb buds. One of the young discoverers of the parasitized frog offered a succinct summary after seeing the video, “That is so disgusting. And also really cool.”