We’ve reached a biodiversity milestone! Five years ago, in the summer of 2013, Jemicy School joined the Maryland Biodiversity Project, an endeavor founded in 2012 with the goal of documenting all the species of Maryland. When MBP founders Bill Hubick and Jim Brighton asked whether we would like to be one of their featured sites – offering to help us identify Jemicy’s biodiversity, from fungi to fauna, from ant species to plant species, and everything in between – we jumped at the chance. Today, five years later, our site checklist has surpassed 400  identified species. Many more species have been photographed and are under review, but all can be found in our Jemicy biodiversity album.

Documenting new species on our school grounds has become second nature, an integral part of daily teaching and learning. In just the past few weeks, we collected dozens of images and specimens:

The soundtrack to this ongoing bioblitz – heard at recess, during aftercare, or abruptly in the middle of a class – is usually some variation of “Quick, get your camera! I found something!”

Sometimes we make a deliberate and focused effort, as in the seasonal fungi, plant and invertebrate hunts that send the younger students scouring their play areas for new species in specific categories. Among other things, we’ve learned that worms and slugs are escape artists.

Usually, though, the process of locating and documenting our local species is a natural part of how children learn science at Jemicy – by following their inherent desire to explore and discover. It takes little more than the willingness to follow a child to wherever they have made their discovery, to provide oversight for temporary, humane capture and release, and to appreciate every find, no matter how small or apparently common. One experience from our first year partnering with MBP has become a now iconic story shared with each incoming class: A group of 6 year olds coming to science class stopped me on the patio outside, insisting that I photograph ants (that I could barely see) crawling on a single piece of popcorn. I obliged, reluctantly, assuming that this was probably a waste of time. But no – those minuscule, nearly overlooked creatures turned out to be “pavement ants,” a new species record for the project.

Some kids talk about their participation in the biodiversity project the way others might describe reaching a new video game level.  Two 8 year old girls discussing their finds: “I just got a new record for a beetle.” “Cool! I remember when I got my first one – a cute little jumping spider.” They love to scroll through our Flickr album and recall who found what, where, and when, calling out, “That’s my hand!” or “That crayfish almost got me!” The photographic records themselves have become a valuable teaching tool. Printed out as cards, the images are used for sorting and classifying, for comparing to new specimens, for examining adaptations and features specific to different plant, fungi, and animal groups.

Our 5-year bioblitz has yielded a trove of information and revealed some glaring gaps. Arthropods dominate our checklist, and we need to find ways to better document plants and fungi. I have no doubt, however, that the enthusiasm for finding new species that brought us this far will continue to expand our checklist well beyond this milestone, while helping us to recognize the value of documenting all forms of life. 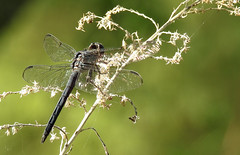 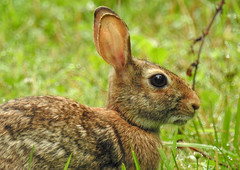 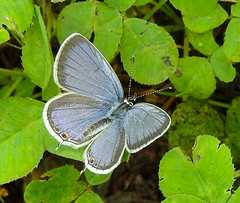 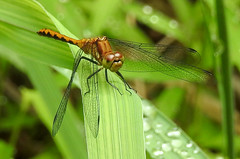 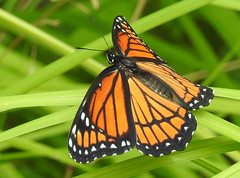 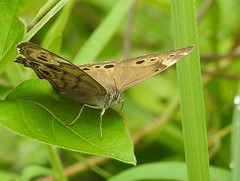 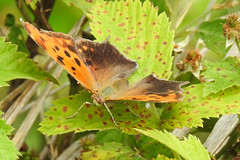 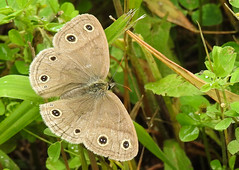 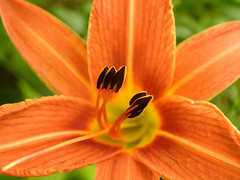 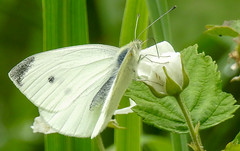