Environmental messaging comes in many forms.  Often it is factual information providing the identification of something we see, but it also frequently includes a psychological component intended to shape our behavior.  This is especially true in conservation settings, such as zoos and sanctuaries. Illustrating the connection between palm oil products and the destruction of orangutan habitat, or off-leash dogs with shorebird declines, more effectively invites a positive action rather than simply saying “Don’t!” 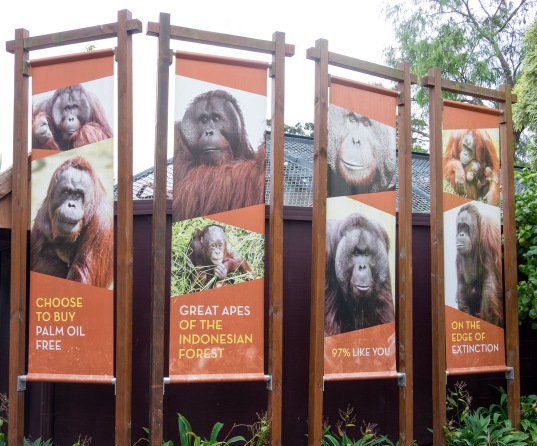 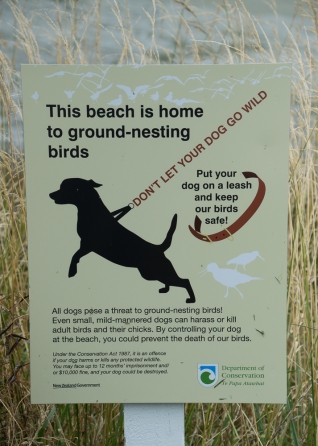 My school visit today focused on a more benign, but still persuasive form of messaging: students deciding how to create effective garden planting guides for display around the school. They had been tasked with selecting a variety of New Zealand-friendly fruits and vegetables, researching variables such as best locations, times, and conditions for planting, and creating posters to display their findings. The class began with a review of motivating design principles: What would catch someone’s attention? What would make them want to take a closer look? What would make them want to plant these particular items? A review of efforts from the previous class became a critique. Which of these designs works? What about word choice and emphasis? What about how the information is organized? 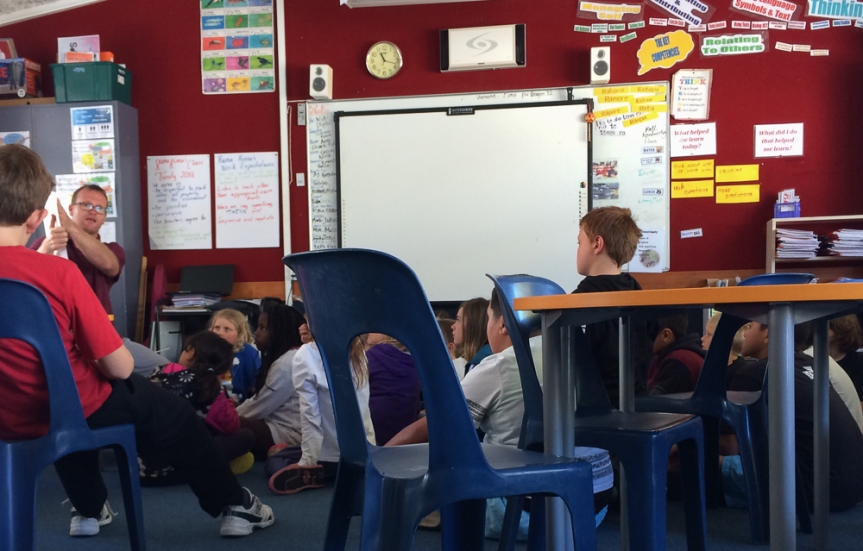 As the kids broke into their teams and resumed work, some on computers and some doing pencil drafts, I watched and asked questions. What do you want people to get from this? Why are they written in different languages? What is your plan to get people’s attention? How will you know if your poster works? 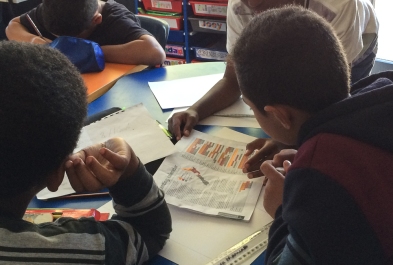 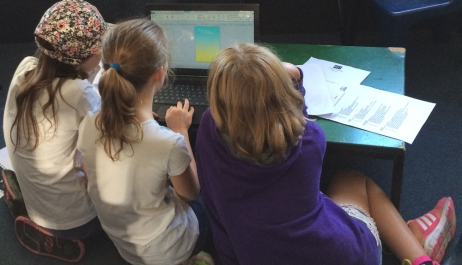 It turned out that in their planning sessions, they had come up with a number of strategies that they thought would be effective, and had created a menu of required and optional content. Because this school represents a large number of nationalities, they agreed that each poster had to display multiple languages, to ensure that everyone would be able to understand. To get and keep people’s attention, the posters should be bold, clearly organized, and attractive. To make them even more appealing, artwork would depict the plants at their most enticing stage, growing, being harvested, or as food. While the members of one group debated the merits of using purple versus pink markers, another group conducted a peer survey around the room: “Which do like better – these drawings of veggies in the garden beds, or in a chart?” 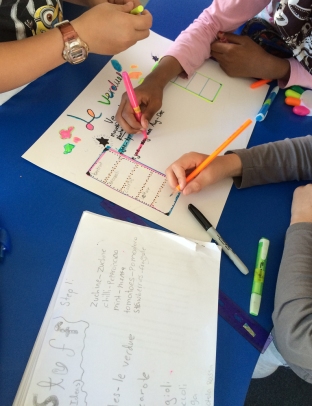 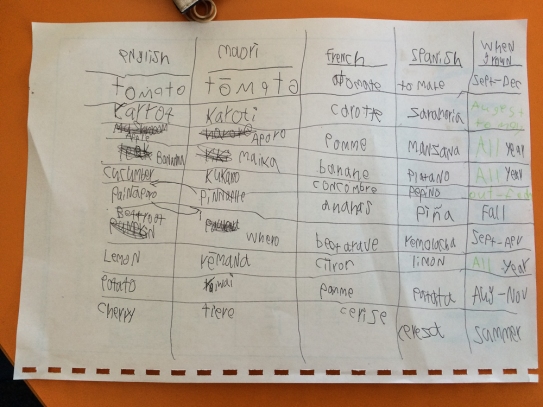 These posters lead me to wonder what other roles signs play as guides in teaching about sustainability and biodiversity. Environmental messages delivered through signage have been actively on my mind throughout my time in New Zealand. In the US, I often ignore signs, words being less compelling than the living things around me. Here, though, there is a powerful incentive to learn both exactly what I am seeing and why it is culturally and ecologically significant. This goes for both individually and officially created messages. Many signs are blunt.  They often reflect New Zealand’s cultural heritage. They use visual evidence of change over time. They challenge. They tell stories. They invite action. They make me think. 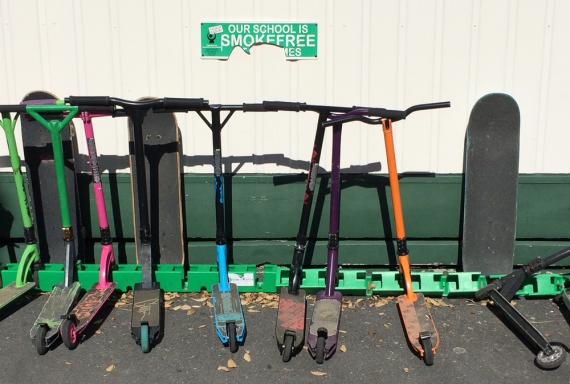 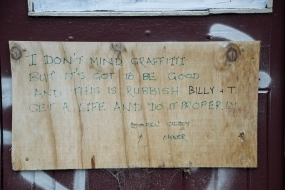 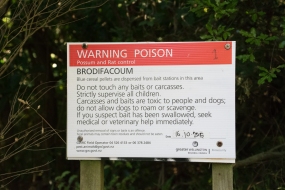 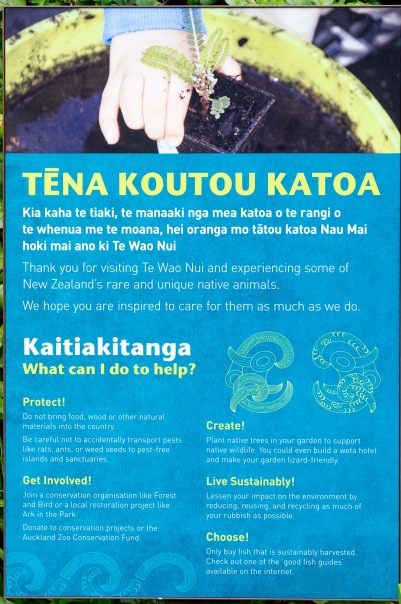 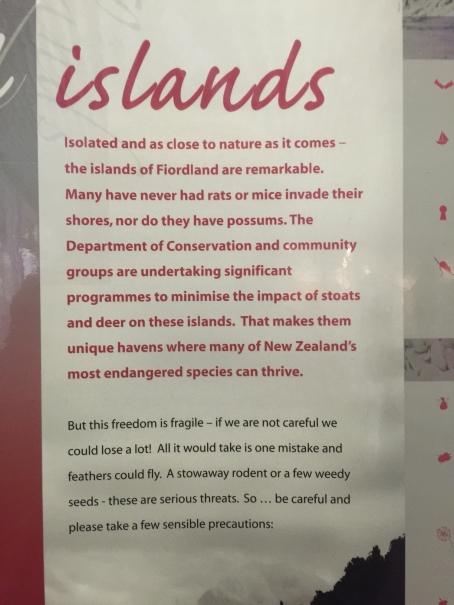 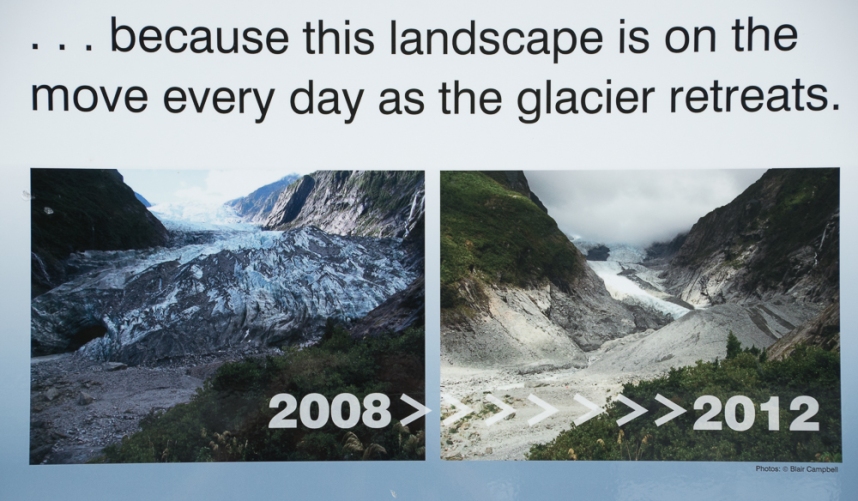 The last 30 years have seen a major shift in environmental messaging from a focus on dire circumstances to one that is more future-oriented and positive.   As I work to identify effective and practical ways to teach biodiversity and sustainability , the garden planting guides that I saw being developed remind me that kids have an innate talent for seeing endless possibilities. Institutions such as the Auckland Zoo acknowledge this through their signs and celebrate their role as kaitiaka, or active environmental guardians who belong to both their immediate community and a global conservation network.

2 thoughts on “Signs and messages” 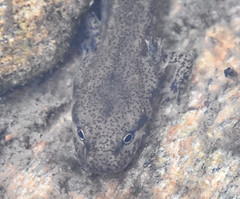 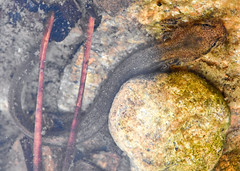